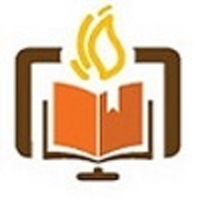 Abiding TV is a dedicated Christian online TV, cable television station. It is an establishment of Distinction Communication to ... bring Word of God by different powerful men of God to every souls of the world. We are engaging millions of foreign audiences through our Roku and Youtube channel. So also our Youtube channel is widely available on TV set and mobile devices for billions of people to watch all over the world. With happenings from every nooks and cranes of the world, it is crystal clear that kingdom of darkness is clouding people's reasoning and action everyday. The mission of Abiding TV is to bring the Word from the Altars of men of God to the people of the world wherever and whoever they may be, so that there could be liberation from kingdom of darkness and win souls to the kingdom of God. Our vision and goal is to win people of the world for Jesus Christ by propagating the Word. We are aiming to spread the Word out to as many listeners as possible, to provide a source of life-changing, faith-building messages for people who might not otherwise have the chance and opportunity to listen them directly from the four walls of the church. “So then faith comes by hearing, and hearing by the word of God.” - Romans 10:17 (NKJV) In Luke 4:43 Jesus tells the people of Capernaum this: “I must proclaim the good news of the kingdom of God to the other towns also, because that is why I was sent.” As a TV channel, we are following in His footsteps. We are all called to proclaim the Good News in other towns, others states, even other countries, to the ends of the earth. With the best in today’s technologies, AbidingTV gives men of God the ability to do just that, faster, cleaner and with the highest quality possible because the way media is watched has changed and AbidingTV is at the cutting edge. Show more

Where are Abiding TV’s headquarters?

What is Abiding TV’s industry?

Abiding TV is in the industry of: Media Production,Religious Institutions

How many employees are working in Abiding TV?