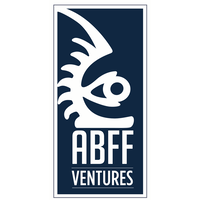 ABFF Ventures LLC. is a multifaceted entertainment company specializing in the production of live events, television and digital ... content targeted to upscale African-American audiences. The company is a joint venture between Film Life Inc. and Black Enterprise two prominent black-owned media and event companies, each with legacies of showcasing the best of African American culture and achievement. Headquartered in New York City, the company was formed in 2014 to expand the global footprint of the American Black Film Festival (ABFF), now it its 20th year, and leverage the brand’s unparalleled goodwill in the Hollywood community to stimulate business growth through expansion into other events, entertainment content and curatorial services. ABFF Founder Jeff Friday is the company’s chairman and CEO. Show more

Where are ABFF Ventures, LLC’s headquarters?

What is ABFF Ventures, LLC’s industry?

ABFF Ventures, LLC is in the industry of: Entertainment

How many employees are working in ABFF Ventures, LLC?