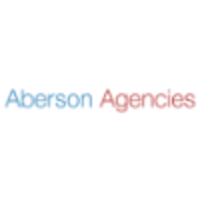 Export Development of Premium Alcoholic Beverages Mark Aberson, owner of Aberson Agencies, was a Sales Director for, a.o. beer b ... rewer Royal Grolsch from Holland, in area’s like Europe, Africa, Middle East, Russia and Brazil. “One of his most successful introductions was the launch of the strong alcoholic beer Amsterdam Navigator in the French market in 1996 via the distribution channel of the épicerie, during his Grolsch period. An interesting alternative Route-to-Market in the city of Paris in a market that can be characterized as an oligopoly. Even the majority of the beer distributors were owned by the major beer brewers. One could say that the traditional route was blocked for the Amsterdam beers. The Amsterdam Beers brand is still very successful in France and nowadays owned by SABMiller, that took over the Grolsch Breweries, including the brand Amsterdam Beers.“ Show more

Where are Aberson Agencies’s headquarters?

What is Aberson Agencies’s industry?

Aberson Agencies is in the industry of: Import and Export

How many employees are working in Aberson Agencies?