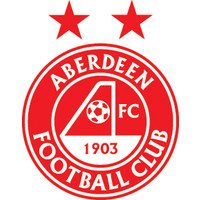 Formed in 1903, Aberdeen Football Club is a Scottish Professional Football Club based in Aberdeen. Aberdeen compete in the Sc ... ottish Premiership and are one of the biggest sides in the country, having won four league titles and seven Scottish Cups, including a record three in a row during the 1980s. They are also the only Scottish team to have won two European trophies, The European Cup Winners Cup and European Super Cup in 1983. AFC are known as The Dons, The Dandies, The Reds or The Dandy Dons and play at Pittodrie Stadium. Aberdeen Football Club has, since its foundation, developed a reputation, both nationally and internationally, as one of the UK's best known clubs. The Club has and will continue to nurture talent and embrace opportunity and change in an innovative manner. On the field the Club has a long history of success, both within Scotland and Europe, with the 1980's particularly being an era of unparalleled achievements. Off the field AFC has consistently recognised the need to be at the forefront, as demonstrated by the fact that Pittodrie was the first all-seated stadium in Britain. Any club can only succeed through the combined efforts of its members and supporters and AFC recognises the importance of such support in the ongoing development of the Club. Future investment will continue to be geared towards the creation of quality in terms of the football squad, the stadium and ancillary areas, hospitality facilities and community involvement. Show more

Where are Aberdeen Football Club’s headquarters?

What is Aberdeen Football Club’s industry?

Aberdeen Football Club is in the industry of: Hospitality,Sports

How many employees are working in Aberdeen Football Club?