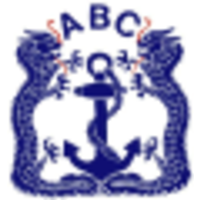 The Aberdeen Boat Club was founded in 1962 by like-minded yachting enthusiasts and sports fishermen who wished to enjoy access t ... o the seas off the southern side of Hong Kong Island. The Club was initially housed in relatively humble premises, and incorporated as the Aberdeen Boat Club Ltd in 1967. The club moved into its current purpose-built premises in 1972 and has since become one of Hong Kong’s favourite recreational boating and sailing clubs. The Club has a wide range of facilities for yacht, speedboat and cruiser owners spread over two club houses, with jetty and pontoon moorings available for members’ exclusive use. The Club has around one thousand members and their families, hailing from over 35 different countries. Aberdeen Boat Club runs a number of annual events, including the Opening Regatta, The Four Peaks Race, and the Classic Yacht Rally, in addition to its two major race series; The Waglan Series (Autumn / Winter) and The Summer Series. The club also boasts a thriving and well-respected Dinghy Sailing Centre, that hosts one of Hong Kongs largest dinghy regattas, The Southside, every December. Show more

Where are Aberdeen Boat Club’s headquarters?

What is Aberdeen Boat Club’s industry?

Aberdeen Boat Club is in the industry of: Sports,Marketing and Advertising

How many employees are working in Aberdeen Boat Club?