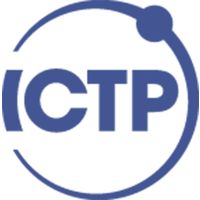 For more than 45 years, the Abdus Salam International Centre for Theoretical Physics (ICTP) has been a driving force behind glob ... al efforts to advance scientific expertise in the developing world. In 2014, ICTP will be celebrating its 50th anniversary. More information about events to mark the milestone will be posted on the ICTP 50th Anniversary Webpages. Founded in 1964 by the late Nobel Laureate Abdus Salam, ICTP seeks to accomplish its mandate by providing scientists from developing countries with the continuing education and skills that they need to enjoy long and productive careers. ICTP has been a major force in stemming the scientific brain drain from the developing world. ICTP alumni serve as professors at major universities, chairpersons of academic departments, directors of research centres and ministers of science and technology in nations throughout the developing world. Many of them have been recognized in their own countries and internationally for their contributions to science and science policy. The impact of ICTP extends well beyond the Centre's facilities to virtually every corner of the Earth. Show more

Abdus Salam International Centre for Theoretical Physics (ICTP) is in the industry of: Research,Public Policy

How many employees are working in Abdus Salam International Centre for Theoretical Physics (ICTP)?