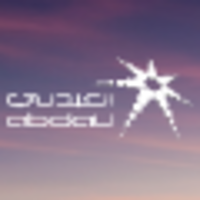 Abdali Investment and Development PSC Abdali PSC was created as a privately owned master development company set up to establis ... h Amman’s new downtown with an estimated value of over 5 billion US Dollars. The company was formed in 2004 out of a successful partnership between the Jordanian government owned real estate developer National Resources and Development Corporation (MAWARED) and Horizon International for Development Ltd. Co., an international construction conglomerate specialized in investment and development of large scale real estate projects owned by Sheikh Bahaa Rafic Al-Hariri. This joint venture was further enlarged when the United Real Estate Company - Jordan, under the group of Kuwait Projects Company (KIPCO), joined as partner, thus bringing a wealth of proven experience to the mega urban regeneration project. Abdali, The downtown of Amman Abdali is the largest mixed-use development project ever constructed in the heart of the Jordanian capital. Developed on 384,000 m2 of land, the project will comprise of a total built-up area (BUA) of over two million m2 consisting of residential apartments, commercial offices, hotels and serviced apartments, retail outlets as well as medical and entertainment facilities. Once fully complete, Abdali will be the premium central business, residential, tourism, retail, medical and entertainment district of Amman catapulting the city into the 21st century, placing it on par with most of the world’s renowned city centers. Abdali PSC subsidiary and affiliate companies: • Abdali Boulevard Company (ABC): A subsidiary of Abdali PSC responsible for the development and management of The Boulevard. • Abdali Mall Company (AMC): An affiliate of Abdali PSC responsible for the development and management of the Abdali Mall. • Jordan District Energy (JDE): A subsidiary of Abdali PSC responsible for delivering thermal energy throughout the new city center. Show more

Abdali Investment & Development PSC is in the industry of: Real Estate

How many employees are working in Abdali Investment & Development PSC?