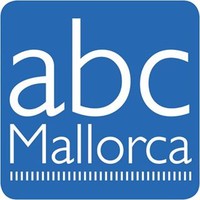 Since April 2004, when abcMallorca was first launched it has been the luxury lifestyle magazine of choice on the beautiful isla ... nd of Mallorca, becoming the No. 1 lifestyle publication in three languages - Spanish, English and German - for the middle to upper-end market. abcMallorca covers topics of interest including quality information about what to do and see on the island, as well as interviews with interesting people connected with Mallorca. Popular articles such as the restaurant reviews, guides to the best shops, spas, hotels, beaches, etc… mean that the shelf-life is much longer than just one or two months. As well as the contents, we believe the distribution of the magazine is a major factor in the success of abcMallorca, which is widely distributed both locally in more than 200 kiosks, 5-star hotels, golf clubs, top restaurants, and a number of professional offices and internationally (including back issues) on AMAZON and can be sent anywhere in the world. Readers can also access the online version of abcMallorca on www.abc-mallorca.com. Show more

abcMallorca is in the industry of: Media Production,Restaurants,Publishing

What is abcMallorca’s phone number?

How many employees are working in abcMallorca?