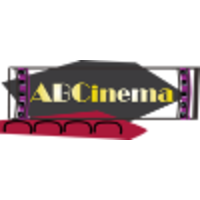 A Picture is Worth a Thousand Words ABCinema is the worlds first complete online digital film course. In 13 informative, fun an ... d challenging chapters it educates everyone who is interested in film (beginner or advanced) to a level of professional film maker. ABCinema is extremely user friendly. This complete film course not only explains the strength of a shot or a particular scene, it also shows it directly. Audience The film course ABCinema is for beginners to the more experienced filmmaker. It also appeals to the movie fan who is interested in film in general. For everyone, from the age of 12 years to 120 years: ABCinema is informative, user friendly and lots of fun. ABCinema is particularly well-known in the areas of film academies, film fora, and has already inspired thousands of film lovers to make better movies. The Movie Player ABCinema shows an impressive collection of known and unknown film clips from 1878 until now. Each excerpt is an example of a new discovery: film language, editing, camera movement, image cutouts, sound, talkies, color film, acting method, etc. The Animation Player Topics like 'point of view', 'direction of movement' or the '180 degree rule' are clearly illustrated as animations. For each subject, a scene in 3D has been designed. The scenes come to life on the floor plan, as well as in the 3D-player. Animation of Famous Scenes Famous scenes from film history are animated and synchronized with the original movie. In this way, you get an excellent insight into the structure of the original scene. Price ABCinema is a non-profit organization. It's aim to make a unique film course accessible to everyone. That is why the pricing only is $99, €89 or £63 . What Do You Get? This complete film course consists of text (over 300 pages) and film excerpts (over 14 hours). ABCinema works on every online platform. You can get a preview of each chapter. Start the preview with A Short History of Film and become an expert! Show more

Where are ABCinema Foundation’s headquarters?

What is ABCinema Foundation’s industry?

ABCinema Foundation is in the industry of: Motion Pictures and Film

How many employees are working in ABCinema Foundation?