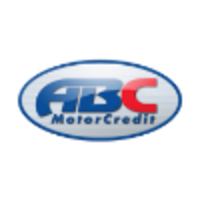 ABC MotorCredit came to life in November of 1990, as Car Credit Inc. The goal from day one was to help Good people with Bad cred ... it get Great cars. The first store was actually inside the Park Honda dealership on Arlington Rd. in Akron, Ohio. After a short period of time, we outgrew that space, and moved to a small business trailer at the back of the lot at Park Honda. This worked for a little while- we even had a drive through payment window! Eventually, there was a need for more people, so a building was leased down the street for the collections staff. Sometime around 1996, Park Honda wanted their parking lot back, so Car Credit Inc. needed to find a new home. Fortunately, we were able to move into an old dealership on East Avenue which most recently operated as M+M Toyota. This building worked well, because it offered plenty of space for more employees, and it also had service bays which allowed us to keep a better eye on the mechanical inspections that were being done on the cars before the sale. At about this same time, Car Credit Inc. began doing business as ABC MotorCredit. We continued to add more great people and meet more great customers in the Akron area. In 1998, ABC opened a dealership in Massillon, which never really got off the ground. However before the Massillon store closed, ABC Canton was opened on Wertz Ave. NW. This was an old convenience store that was remodeled to fit our needs. Eventually, a deal was struck with the building owner next door, allowing us to expand our lot and gave us the ability to help more Good people with Bad credit get Great used cars. We had our hands full with these stores, and did not open another until the Tallmadge store was opened in September of 2007, and then the Austintown store came soon thereafter, in September of 2008 Show more

Where are ABC Motorcredit’s headquarters?

What is ABC Motorcredit’s industry?

What is ABC Motorcredit’s phone number?

What is ABC Motorcredit’s SIC code?

How many employees are working in ABC Motorcredit?