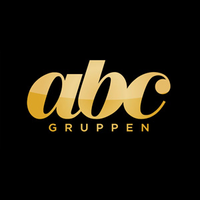 Back in 2000, in the Stockholm suburb of Täby, the business saga of ABC began. This was the year when founders Alexander, Babak ... and Tomas celebrated their own high school graduation. Their celebration was the embryo of what was to become a movement, fundamentally changing graduation traditions for all future. Celebration, proud tradition and great memories would be the watchwords from then on, as graduates would come to view the entire last school year as an inspirational springboard into future success. Purchasing the popular school cap was just the start of the graduation year celebrations to be introduced and serviced by the newly formed ABC-Gruppen. Since then the company has entered new markets introducing the Yearbook in Sweden and revolutionizing the school photograph market. In 2010, the ABC-Gruppen was named ”Company of the Year ” in Stockholm and officially recognized as a Gasellföretag. During 2011 and 2013 ABC was announced one of the best work places in Sweden by Great Place to Work. Show more

Where are ABC-Gruppen AB’s headquarters?

What is ABC-Gruppen AB’s industry?

ABC-Gruppen AB is in the industry of: Consumer Goods,Public Relations and Communications

What is ABC-Gruppen AB’s phone number?

How many employees are working in ABC-Gruppen AB?