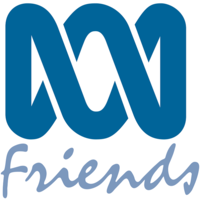 The ABC is under attack as never before! Funding has been cut by $500 million (which includes the loss of the Australia Networ ... k contract). The cuts will increasingly affect the ABC’s ability to compete over the next 4 years unless we can stop them. Nationally, 400 staff have been retrenched. Including experienced presenters, journalists, researchers and technical staff. Overseas bureaux have been closed. We are being deprived of an Australian perspective on world affairs and events. The ABC is important to Australian culture and democracy. Support your ABC by visiting www.abcfriends.org.au - Join today or donate! Friends of the ABC supports the maintenance and advancement of the Australian Broadcasting Corporation: to fulfil to a high standard its role as an independent and comprehensive national public broadcaster; to be adequately funded by government to fulfil its role; to remain independent of government influence, commercial sponsorship and advertising; and to promote Australian culture in all its diversity. Show more

What is ABC Friends Inc’s industry?

ABC Friends Inc is in the industry of: Broadcast Media

How many employees are working in ABC Friends Inc?