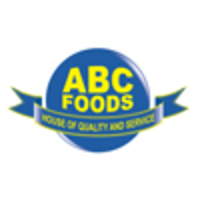 The House of Quality & Service - ABC FOODS Whether for breakfast, lunch, dinner, kids, snack or even appetizer, ABC Foods – ... the House of Quality & Service has a brand to suit all tastes and occasions. We market and distribute a portfolio of well-known and trusted products for over 70 years and we take pride in leading the way to an exciting future in the FMCG sector in Mauritius. -- History Chue Wing & Co. Ltd is the founder company of the ABC Group of Companies. Established in 1931 by Sir Moilin Jean Ah Chuen, ABC Foods, the trading name for Chue Wing & Co. Ltd., has long been associated with QUALITY in the food distribution field, hence the trademark "The House of Quality & Service". 2004 ABC Foods is a cornerstone in distributive trade and is now ranked 44th in the Top Hundred Companies of 2003. ABC Foods can therefore proudly affirm to be amongst the oldest and most important commercial organizations in Mauritius. Our fleet of vehicles distributes a wide portfolio of well known brands, including frozen foods to all wholesalers, retail outlets, hotels and supermarkets of the island. In addition to its wholesale and island-wide distribution activities, the company also operates two retail outlets in Port Louis. Furthermore, it is one of the appointed cigarette distributors of British American Tobacco (Mauritius) PLC. ABC Foods currently employs some 180 people. Show more

ABC FOODS (Chue Wing & Co. Ltd) is in the industry of: Food & Beverages

How many employees are working in ABC FOODS (Chue Wing & Co. Ltd)?