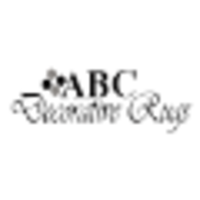 The Formation of the Company It all began in 1978 when a man dream turned into reality. Mr. Khanna emerged as a rug weaver, as d ... id his father, Mr. Vishnu Ram Khanna. He first joined the rug weaving while it was still developing in India. The ancient art of rug making was always a part of India, but new designs, intricate weaving, and modern work was drawing attention from around the world to the Indian handmade rugs. With hope that the Indian Carpet industry would eventually flourish, he opened the doors to his first carpet weaving factory, and named it ABC Decorative Rugs. From their first location in Varanasi, India, the company acquired looms in Tibet and Nepal. Within time, importers from around the world were infatuated with ABC Decorative Rugs' Outlet manufacturing and design expertise. And today, ABC Decorative Rugs and its group of companies employ more than 6,000 of the world's finest weavers. Our Transition to Retail With so much customer support and demand, ABC Decorative Rugs decided to bring their masterpieces to the retail industry. In 2001, ABC Decorative Rugs opened its first retail store open to the public in San Francisco, California. Since then, the company has been awarded with immense praise and recognition for their outstanding inventory of rugs, customer service, and best prices.. ABC Decorative Rugs also directly imports all their rugs from around the world. Our Promise to our Customers Our word is final: Best selection of rugs, Best service, at the best prices! Whether you are looking for modern, transitional, tribal or traditional rugs, ABC Decorative Rugs has the largest inventory in the Bay Area- Guaranteed! Some of our newest products include wall to wall carpeting and hardwood flooring, such as bamboo and solid wood hand scraped.. And remember….together we can make your beautiful home, more beautiful. Show more

What is ABC Decorative Rugs’s industry?

ABC Decorative Rugs is in the industry of: Furniture,Accounting,Textiles

How many employees are working in ABC Decorative Rugs?