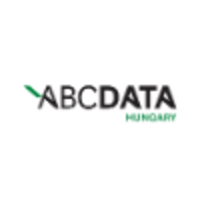 ABC Data Hungary is the Hungarian subsidiary of ABC Data Group. ABC Data Capital Group is a leading ICT distributor in Centra ... l and Eastern Europe. The Group has built a strong presence in eight CEE countries, with direct business operations in Poland, the Czech Republic, Slovakia, Romania, Lithuania, Latvia, Estonia and Hungary. With over 20 years of experience in the distribution of computer hardware, software and consumer electronics, the Group has been able to create the most comprehensive portfolio on the market, comprising 56,000 products from over 300 leading suppliers. In 2009, 2010, 2011 and 2012 the largest global manufacturers chose our company as the Distributor of the Year in Central and Eastern Europe. Since 2009, ABC Data has been a member of the Global Technology Distribution Council (GTDC), the association of the largest IT distributors worldwide. Show more

What is ABC Data Hungary’s industry?

ABC Data Hungary is in the industry of: Information Technology and Services

How many employees are working in ABC Data Hungary?