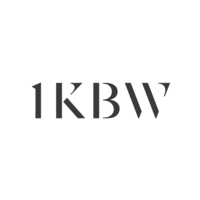 1 King’s Bench Walk is a leading barristers’ chambers in London, specialising in family law. There are 55 barristers, includ ... ing 12 Queen’s Counsel. Our commitment to excellence has long been recognised and in the recent past we have been awarded: ‘Top ranked chambers UK Bar 2016″ (Chambers and Partners) ‘Top Tier chambers 2015’ (Legal 500) ‘Family Law QC of the Year’ (James Turner QC) (Jordans) ‘Family set of the year 2014’ (Chambers & Partners) ‘Family Law chambers of the year 2014’ (Jordans) ‘Family Law silk of the year 2014’ (Deborah Eaton QC) (Jordans) 1KBW has a pre-eminent reputation in family law, both nationally and internationally. We are consistently ranked by the legal directories in the top tiers (‘Band 1 & 2’) of leading sets for family law. Our barristers have been at the cutting edge of the development of family law and have been in most of the ground-breaking cases over the last two decades. We also have one of the most innovative and experienced Dispute Resolution teams in the country providing arbitration, mediation and Early Neutral Evaluation. Show more

Where are 1 Kings Bench Walk’s headquarters?

What is 1 Kings Bench Walk’s industry?

1 Kings Bench Walk is in the industry of: Legal Services,Law Practice

How many employees are working in 1 Kings Bench Walk?