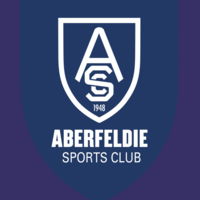 Based at Clifton Park in the suburb of Aberfeldie, the Aberfeldie Sports Club is a local community based sporting club fielding ... teams in the Essendon District Football League (EDFL), The Victorian Turf Cricket Association (VTCA) and North West Cricket Association (NWCA). Our club competes at an elite level in their respective competitions. Our roots date back to the Aberfeldie Men’s Club founded in 1944. The club evolved in 1948 when Aberfeldie Football Club was formed and entered competitive teams in the Essendon District Football League (EDFL). It was responsible for creating Clifton Park on a pound for pound arrangement with the former Essendon City Council, where is fostered a projects committee, community centre, singing committee, public relations office, social committee, tennis, bowls, swimming, cricket, gymnasium and of course junior football. Today we represent almost 1000 families from the Moonee Valley City Council and beyond, with male and female teams across junior and senior football, cricket and golf. Show more

What is Aberfeldie Sports Club’s industry?

Aberfeldie Sports Club is in the industry of: Sports

How many employees are working in Aberfeldie Sports Club?